Would you believe that it’s already almost half way through the month? If you didn’t know, I work 9-5 for a University. I won’t say which one, but I take care of the day to day for a small department, helping faculty and graduate students alike. And one of the most hectic times of year, there are two, is the end of August/beginning of September. We have new Graduate Students coming in, getting settled, trying to make sure they’re registered for the classes that they need to take. On top of that normal, we started a new Masters program that I’m lead contact on, so I’ve been getting the small cohort for that program settled.

Personal wise, I’ve been healing from that concussion. My being on a computer has finally worked its way out, mostly, so there’s little to no pain when on it for long periods of time any more. And the headaches and migraines that I’d been getting have slowly gone away. Mom’s been seeing doctors for her breathing issue – it’s still not cleared up at all. They’ve confirmed that she’s only getting 60% of the lung capacity that she should have, but they still can’t actually pin point what is going on to cause the decrease. So still watching over her, making sure she rests as she needs to.

My weekends have also been taken by things, though happier things. A good friend of mine got married, and that was an amazing and beautiful time. Too short, in my opinion, but that’s only because I wasn’t able to stay too long at the reception.

I’m working, extremely slowly – snails speed slowly, on my WIPs. I am. I’m trying to implement a better schedule (or a schedule at all really), where after work and dinner before TV and video games and/or crashing I write for at least an hour. Of course, a good chunk of this time has been spent cleaning my desk to be able to feel like I can write first. But I’m at the point where I should be able to write starting this week.

My cats don’t like it. They sit and stare at me, meow at me. Because after a long day of not being home they demand attention. I try to give it to them between thoughts and word flow without killing my concentration. Though, that’s sometimes hard because my one has a habit of slipping behind the computer and wiggling the power cord JUST enough to unplug it. I’d be impressed if I wasn’t pissed every time.

Here’s to goals of getting my schedule set up though. I’m hoping by October I’ll be set in my writing ways and will be far more productive on my WIPs than I am now.

2 thoughts on “September! September! Where have you gone!” 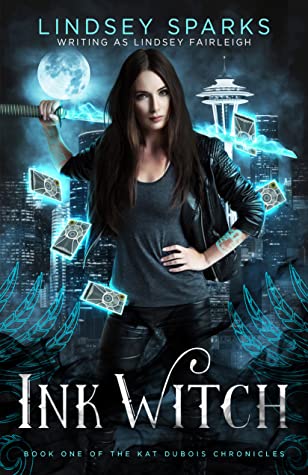 2022 started off with the snow that I have been craving since December started. I’m hoping that the weather stays lower to keep it but not too low. Just enough to help me be productive, because it’s a lovely sight out my window.
Set up and ready for Day 2 of #windycon !
There’s something adorable about having my cat in the picture with my books. But it’s incredibly difficult to get him to sit still long enough to catch exactly what I want.
Rune Keychains are 90% ready to head off on their long journey to my co-author for book promotion things.
So not only did I get to spend some wonderful time with Mom for my birthday, but I also had my novel release today! (My Co-author's idea, to release on my birthday).
My talented co-author didn't just write our book with me - she also wrote a song for our book too! It's live on Spotify now!!