WARNING – There will be Spoilers for Twisted Fate (Book 1) & Twisted Gift (Book 2). Pick up copies before you continue with this review!

Twisted Desire is set between the last chapter and the epilogue of Twisted Gift. It gives us the time after Tristan and Aurora were put into their Fae Protection Plan, letting us know how Skylar and Nikolai were as they took The Experiment on to finish this war.

I will start off by saying that I have been waiting for this book since the last one came out in September of 2018. As much as I loved how Twisted Gift ended for Tristan and Aurora, I was really interested to find out how Nikolai and Skyler were able to take care of both the Fae and handling The Experiment. And I can genuinely say that Twisted Desire did not disappoint.

It was fantastic to have Skylar’s point of view with this book because it let us get to know the prickly Fae a little better as she took on the mantel of being the leader of the Dark Fae to Nikolai’s leading the Light Fae. Mix in the fact that they’re striving to have their people accept the dissolved titles of light and dark, trying to become one people in the face of the threat their whole race faces, as well as the tension between them as they inch around the growing relationship between them and it makes for a read that you don’t want to put down.

Learning about Skylar’s past has left me with a new respect for the character, and caused me to root for her all the harder in this book. It was also nice to see that more serious, leader side of Nikolai as he helped Skyler lead the fae as they worked to take down The Experiment and save their people as they could in the process.

The plot kept the story moving, pushing forward with the ever-present danger The Experiment held over them as they worked to bring this war as an end. There are also several twists and turns that I didn’t see coming that kept me from wanting to put the book down for a second, even to just sleep.

Disclaimer: I did receive an arc of the book in exchange for my honest, unbiased opinion. All thoughts are my own, and were not colored for receiving the arc. 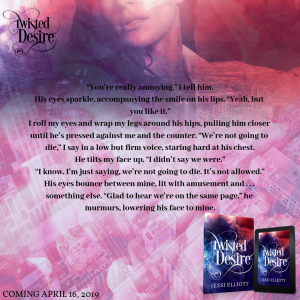 Being left to lead the fae alongside an annoyingly charming partner really screws with your life.

Skylar Chen just received the promotion of an eternity. After Tristan and Aurora trade their esteemed status for mundane life, it’s now her responsibility to lead the fae.

The catch? She has to work with Nikolai Sterling. With his constant smirks and dangerous good looks, he has a way of getting under Skylar’s skin like no one else. Even still, she’d much rather be getting under him.

Sexual tension aside, they have a bigger issue to deal with. The Experiment, a human organization built on hatred toward the fae, threatens to wipe them from existence. It’s time for Skylar and Nikolai to recruit allies, bring the fae together, and prepare for battle.

Fighting to protect her people is something Skylar can manage. It’s the skeletons in her designer closet that make opening up to Nikolai where she’s suddenly out of her element.

In this finale novella, the beloved side characters from Twisted Fate and Twisted Gift take center stage to bring down the organization set on destroying them.

Get the rest of the Series 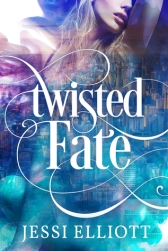 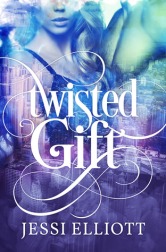 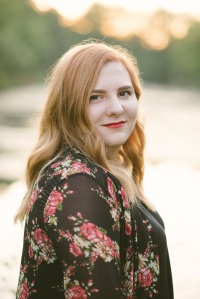 Jessi Elliott is a law clerk and author of both young adult and new adult romantic fiction. Her love of writing was born after many years of reading and reviewing books on her blog.

She lives in Southwestern Ontario with her adorable cat, Phoebe. Yes, named after the Friends character.

When she’s not plotting her next writing project, she likes to spend her time hanging with friends and family, getting lost in a steamy romance novel, watching Friends, and drinking coffee.

You can find Jessi at www.jessielliott.com, on Facebook, Twitter, and Instagram. You can join her newsletter to stay up to date on book news and upcoming releases. 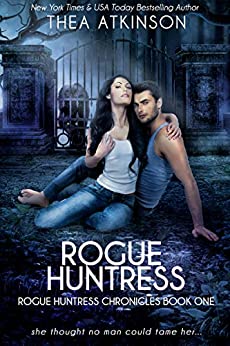 One step closer to having a functioning kitchen again! We have counters now! Sink hopefully later tonight.
Feeling mighty sleepy this week, or at least for the beginning of this week. But, well, can anyone blame me after attempting a #10KWritingChallenge this weekend?
We're four days into the new year! Are you ready for everything to come with that new beginning? Did you make sure to say goodbye and close 2020 yet?
Happy New Year!
Happy Holidays everyone!
It's that time of year again, where we look back on everything that we've done over the year and go, what got the most reactions and things from everyone.