As many are aware, we’re currently in the flurries of National Novel Writing Month. Pens, keyboard, tablets. They’re all being exhausted as thousands of people across the world write vigorously to try and reach that 50,000 word goal. Or in some cases, surpass that 50,000 count goal.

And me? I’m completely caught up in the insanity. And so far, I’m doing good. Though, it is only a day or so into the second week. My over all goal is to write 2,000 words a day minimum in order to not only reach the 50,000 words this month, but hopefully surpass them and get my book as close to complete as possible.  With the goal to have my rough draft done by Christmas so that come the new year I can start to work on editing it after the Hols are over.

I have found that sometimes it’s a struggle to get my word count done depending on the kind of day I had, but I’ve been fighting harder over all to work through it and get things done. I will say, even with occasionally fighting, there’s a mighty great feeling to know that I’ve gotten my goal completed for the day and I go to bed a little more relaxed because of it.

Today I’ve taken a slight pause in time that could otherwise be spent writing to type up this and to work out the map of my fantasy land that my character will be traveling for the remainder of my novel. I wanted to have a visual that I could go back to and go okay, they should be reaching this forest soon, or this town soon.

Though, the fault lays down in naming everything, because the map starts to look barren when you only have your plot relevant locations on it. And then I have to start filing things in with forests, mountains, random towns to speckle the land.

So. On map creation. Question for the masses.
Do you meticulously plot out each location when you create your maps or do you just kind of toss things at the board and let the land kind of form itself the way it wants to?
Do you name everything you put on the map right away or do you let some towns or forests or lakes lay nameless until they are of importance or their name comes to you later?

First and foremost?  I want to know where October went. Because hell, it’s way too late for me. I feel like I should have done a LOT more with this month than I did, though honestly that’s because I had wanted to do a lot more than I did.

I never kept up with the drabbles I had wanted to do this month, though I do fully intend to continue with my plan to write for NaNo. I’m just going to have to be more careful about staying on task and not letting the month slip away from me. Because in all honesty, I’d really like to win this year. And about two weeks in I always taper out because of Holidays and family stuff, and finals and school which I no longer have to distract me.

Secondly, I had a small issue with something today while I was browsing the Nano Forums this morning. Someone in one of the regions I’m part of posted that they wanted to talk to “Properly Published“authors, and by that she meant not self-published and not ebook. And I have a more than slight issue with not considering self-publishing or ebooks ‘properly published’.

I know that a good chunk of self-publishers do need better (or any) editors. I’ve run across more than a few that the ideas were solid, but damned if they could just have had someone run through it with the editor’s comb it would have been a hell of a lot better. And I’ve run across more than a few that you sit there wondering where the good reviews on amazon came from because it’s really, really not good. But that isn’t to say that a self-publisher is bad or not properly done.

I guess my issue stems from the use of ‘properly’. I wouldn’t have bristled at the term as much if she had used say… ‘traditionally published’. Because I feel like saying that self-publishing and ebooks aren’t proper is discounting a lot of good work and a lot of good people. Especially since there are a fair few of traditionally published authors that are making their way into ebooks, making shorts available to their fans for a cheaper than paperback/hardback price that might fill in the gaps between some of their books. And I think that’s a wonderfully awesome use of the media, by the way, but does that make the short they’re selling for a couple bucks any less proper than the edition that you can pick up in the store?

So, I’ve been working up a little bit of stuff around me and I’ve decided to do NaNoWriMo this year. Or more like again. I’ve done it for a couple years, and I’ve yet to be able to actually win it, so I’m putting a lot of will power into steaming through and actually being able to say I won this year.

I’ve even got a schedule for the month of October to get me in the writing mood a little more, working on some fics inspired by the daily prompts that are posted in the Prompt forum on the website.

And if you’re wondering what NaNoWriMo is? It’s National Novel Writing Month. Basically, for the month of November I promise to work my tail off and write 50,000 words be it a novel, fanfiction, a collection of short stories. 30 Days, 50,000 words. And the focus isn’t to get bogged down in quality so much as getting the quantity out, and then use the month of December to edit what you’ve written.

Wanna join the craziness? http://www.nanowrimo.org is the place to go. Sign up is open, and the forums are already a flurry of fun and talking as people prepare for the insanity that is November. If you’re new to NaNo, there are also regional forums where you can see if maybe someone is hosting a write it, or other fun plans to keep people in their area on track. You might make a new best friend.

And if you want to add me on there? my handle is kougerkat 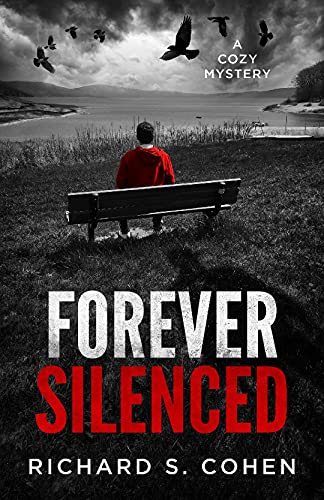 I have new books for my TBR for 2023! My cousin asked what I wanted so I gave her some of the books I have wanted since sept that I haven’t picked up yet, Ans she was so kind to give me some off my list!
Local Author event at my local library. With my mom as my table helper in the photo! We are ready for all the sales and people! 🐈‍⬛
One year ago today on my birthday, my co-author and I released this lovely book into the wild. It’s full of action, magic, adventure, Norse mythology, and a sprinkle of romance.
As I head into a very busy week, I wanted to ensure capturing the Sunday vibes Becauze over all Sunday was a good day.
Happy Mother’s Day to all the mom’s out there, kiddos and fur babies alike. And for everyone, I hope you have a wonderful Sunday. 🌷❤️🌸
Thank you to everyone that came to our launch party!